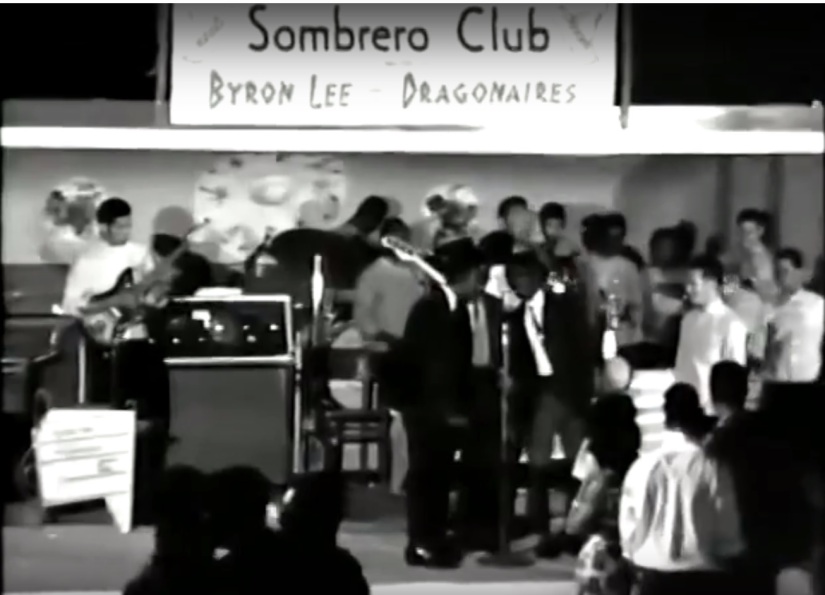 I haven’t posted in the past week or so because I have been entrenched in writing my biography of Byron Lee, literally spending hours everyday at my keyboard surrounded by notebooks and newspapers. I decided to refresh my spirit with what was likely about my 52nd time viewing the “This is Ska” documentary from 1964, hosted by Tony Verity and found on YouTube (clip seen above), and I realized I had recently come across an article on the site of this historically crucial film–The Sombrero Club. So here, from the Jamaica Gleaner on November 20, 2005, is the text from that article entitled, “The nightclubs of yesteryear: Sombrero: rustic, intimate,” written by the prolific journalist Mel Cooke.

Just below the famous ‘Four Roads’ intersection of Molynes and Waltham Park Roads in St. Andrew, a long grey wall marks the first right turn. There was a time when 1 Pitter Avenue was not so drab and businesslike, when the sights and sounds of merriment carried all the way to one of the capital city’s major intersections, long before the commerce of construction replaced the commerce of merriment. And although it carried a Mexican name, the senors and senoritas who stepped inside the Sombrero nightclub did it in true Jamaican style.

“When you stay out at Four Roads you can look down and see Sombrero and hear the music. If you climb up on the wall you look down into Sombrero,” said bass player Jackie Jackson, who was once a member of Tommy McCook and the Supersonics and now plays with Toots and the Maytals. Looking over was one thing;
jumping into the fun without paying was quite another matter. “Nobody naa beat the gate,” Jackson said, remembering an entrance fee of 50 shillings. “It was a mature audience.”

It was also an audience that demanded a certain quality of entertainment and, in the height of the band era the cream of the cream played there. “It was one of the premier dance halls for bands, live music,” says Jasper Adams, a regular at The Sombrero. “If you capture the image of the dance hall in London at the time, you get an idea of what it was like.”

The Sombrero was owned by the Young brothers, one of them. Owen, is now reportedly in the USA. 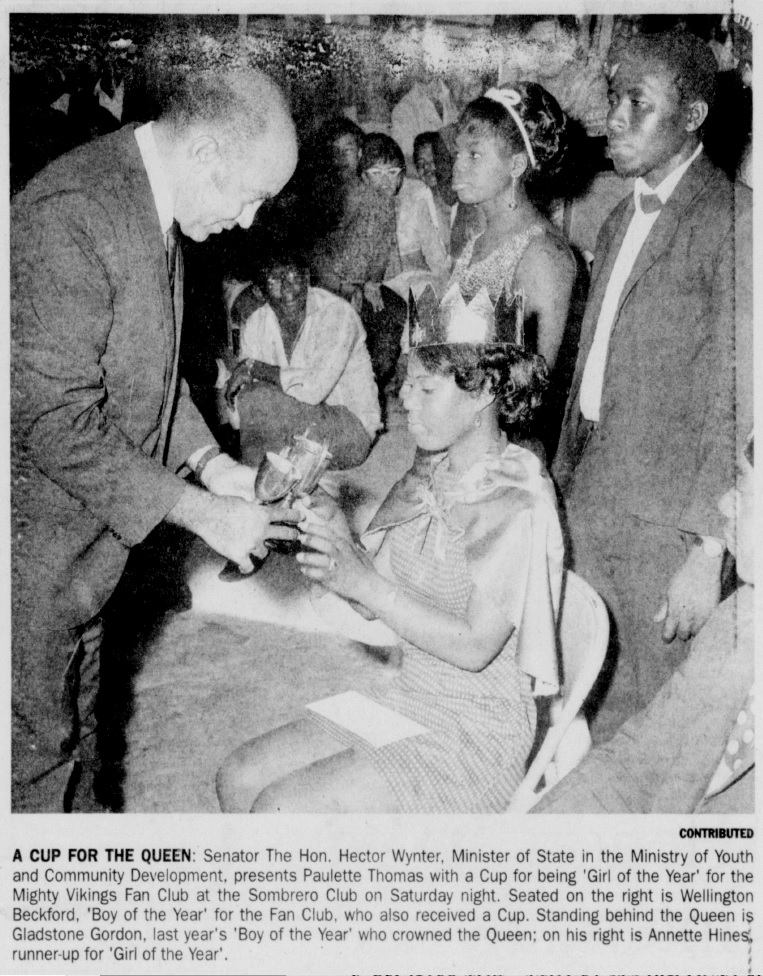 Putting a “1966 onwards” stamp on the heyday of The Sombrero, Adams named Byron Lee and the Dragonaires, as well as Kes Chin and the Souvenirs, among the many bands that played there. But there was one that owned the joint on a Friday night: Carlos Malcolm and the Afro-Caribbean Rhythms, with Winston ‘The Whip’ Williams as the MC. He remembers Derrick Harriott, as part o f the Jiving Juniors, singing there.

Winston Blake of Merritone also notes the presence of The Mighty Vikings, with Sonny and Victor Wong on lead vocals, and a very powerful Tomorrow’s Children, who “were a great show band. They played a lot of Chicago.”

“The Sombrero came up when the Bournmouthe (in East Kingston) sort of got down. It was the new uptown place,” Adams said. “The lively era was when you had to park on Moresham Avenue.”

“Normally the place would ripen from Monday to Sunday, but Friday night was dance night,” Adam s said. On Sundays there was jazz. put on by Ken Peart, with people like Billy Cooke on trumpet,  Thaddy Mowatt on bass and Aubrey Adams on piano.

With a raised bandstand over the dance floor, performers got a bird’s eye view of the audience they were playing to. Whether jazz or dance (or in the later days of the club, the sound system of Merritone Music), the decor of Sombrero was standard and, for the time, very different. “It no run down or mash up,” Jackie Jackson emphasised, terming it as what would now be boo, and there were four covered edges around the dance floor. “It was square, like a carton box,” Jackson said. And along with the rusticity was a certain feature that made it even more notable. “The club dark!” Jackson said, laughing. “That was what the club was famous for. It just dark and nice.”

As Winston Blake of Merritone puts it, The Sombrero was “extremely intimate”. He ”also recalls an outstanding feature of the decor which was really natural. There was an almond tree at the right of the entrance, which was on Molynes Road. “Merritone took the last lap,” Blake said of The Sombrero. “We used to play there midweek and weekends. It was the place to go on a Saturday night. It was a dress-up place, suits. Those days when you went to a night-club you wore a jacket. We are talking about the late 1960s, about 1965 to 1972.”

He said Merritone actually played there till the days of the Sombrero as a nightclub came to an end. “For us, Sombrero was a lot of daylight sessions, 4:00 a.m., 5:00 a.m., 6:00 a.m. At some of these sessions breakfast was served,” he said. “We called it the mid-week and breakfast club,” he said, chuckling.

There was a particular item that Sombrero was renowned for, which was not necessarily breakfast fare. Their chicken was fried, fabulous and famous. Jackie Jackson equates the clientele in the club to the other great place for bands at the time, the Glass Bucket in Half-Way Tree, “At the same time the Glass Bucket used to bring out the upscale people, Sombrero used to bring out the little bit down,” he said.

And, eventually, it was bringing out fewer and fewer of them. “It just did its time. We notice it start getting less and less, till we just stop going there,” Jackson said. ‘That is Jamaica. Everything is just for a while.”

Even after it closed as a nightclub, The Sombrero continued as a lounge until, Adams said, Keith Young Chin took over and started making paper cups there. And they were not cups that the happy people were drinking out of, at least, not at 1 Pitter Avenue. Today, motorists whiz past without even a glance at where The Sombrero once welcomed the party people, but somehow even if history does not exactly repeat itself it comes close. Hot Mondays, what dance hall has now evolved into, is held relatively close by.

1 thought on “The Sombrero Club”