Derrick Morgan will be coming back to Chicago for Reggae Fest on August 13th along with Toots & The Maytals, Lee “Scratch” Perry, Hepcat, and others, and it got me thinking about the story that Derrick Morgan told me back in 1996 when he had a run in with a rude boy that resulted in the recording of one of his most classic songs, Rougher Than Rough. I found some information on this rude boy, named Busby, and so here is Derrick’s account of that episode, along with research on this nefarious character.

Here is the excerpt from my book, Ska: An Oral History: “I originally came out with a song called ‘Cry Tough’ and this rude guy who call himself Busby, he heard of it and he come to me one day. He used to come around often when we living in Greenwich Farm. They come to me and said, ‘Well I want you to make a song after me. You make sure to make a song off of me and I want it Friday.’ We were afraid of him. So I said, ‘What kind of song you want me to make of you,’ and he said, ‘You sing of me,’ and I said, ‘Okay, well I will make you one,’ and I go ahead and I write a song called ‘Rougher Than Rough’ and I go to Leslie Kong with it and I said ‘Leslie, this bad man threaten me to bring a song to him and I will write a song of him and to come back Friday,’ but Leslie Kong said, “Well we can’t release a song by Friday.’ He said, ‘Do you have the song ready?” I say yes and I used to play piano around there and I go around playing this song, ‘Tougher Than Tough’ that I wrote in Beverly’s one day and I said, ‘Ready. We will go to the studio Friday.’ And we cut the acetate on Friday and I took it to the guy and I said, ‘This is your song,’ and we’re having a dance right there in Greenwich Farm that night on West Avenue, and he was going to play it that night to hear its sound. So that night he took the song from me and he gave it to the disc jockey and said he don’t want to hear it play until twelve in the night. And at twelve o’clock in the night this rude boy went to the man and said, ‘Well okay, I would like you to play my song now.’ And when it reached the part that said, ‘Rougher than rough, tougher than tough, strong like lion, we are iron,’ he said, ‘Stop it there! Sell me a box of beer,’ and I give him a box of beer, and to play back the song. And then we go with him and the beer to the back and he crash it against the wall and said, ‘Iron!’ and get rough,” remembers Morgan.

The song featured the legendary vocalist Desmond Dekker on harmonies and Morgan spoke at the beginning of the song’s instrumentals, declaring:

Now tell me rude boys, what have you say for yourselves?

The incident made Morgan’s song a hit and when it would play on jukeboxes around Jamaica, drinkers smashed their beers on the wall upon hearing the words, ‘Strong like lion, we are iron.’ The song was therefore banned from radio play.

And the song sparked one final act of violence, upon that rude boy Busby himself. “This guy that was getting out of hand now that song been made and him get worse, say rudies don’t fear. Every jukebox in Jamaica was playing it then. And this guy that I wrote the song for, he listen to this song that night and go on with his antics. That was a Friday night and he died on the Saturday night. They shoot him on Saturday night. He was bad. That song really really takes him to the graveyard,” says Morgan. Busby was shot in the head by a rival gang member while at a party.

Historian Clinton Hutton tells of Busby, spelled Buzzbee in his account, in his crucial article “Oh Rudie: Jamaican Popular Music and the Narrative of Urban Badness,” published in the Caribbean Quarterly, December 2010. 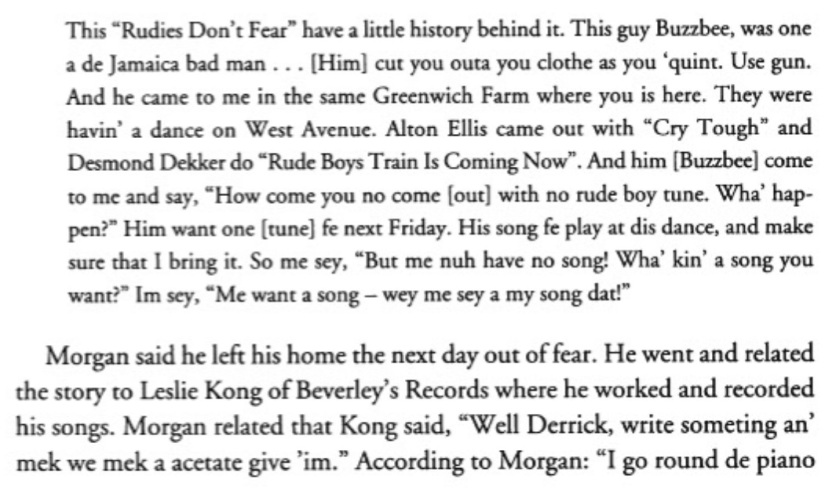 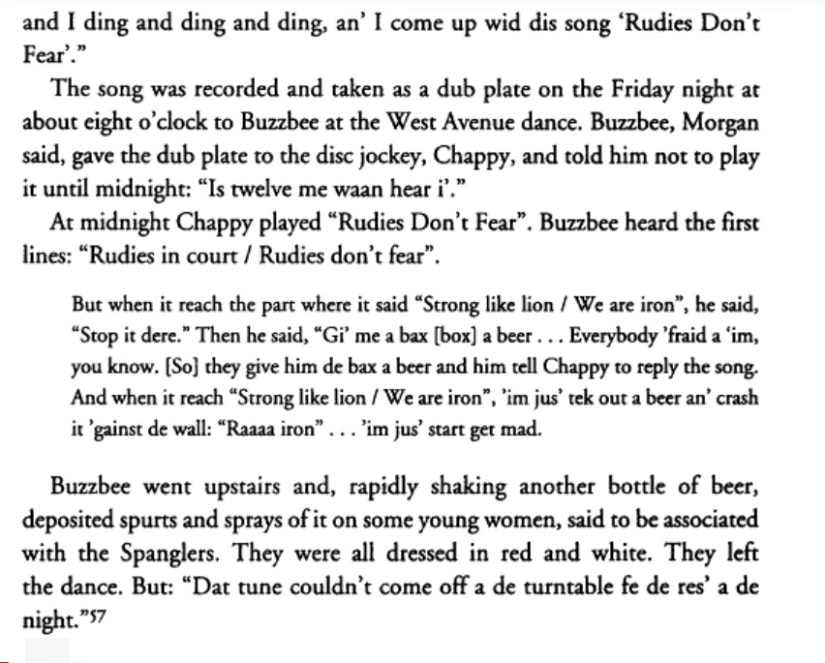 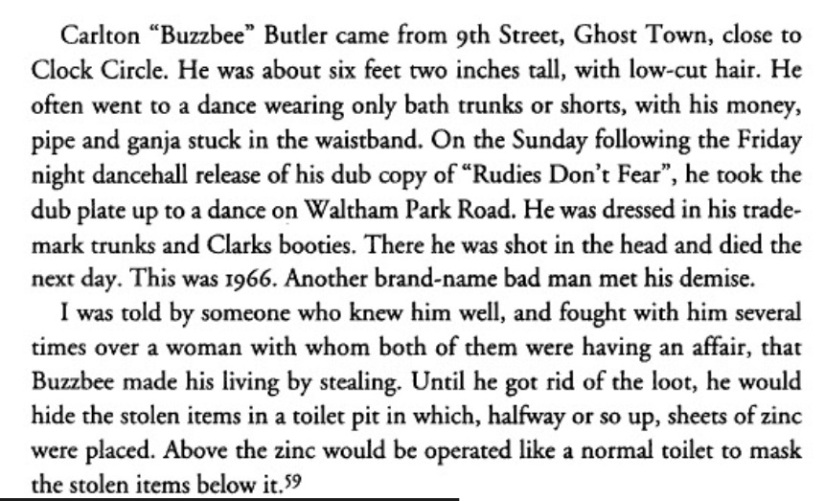