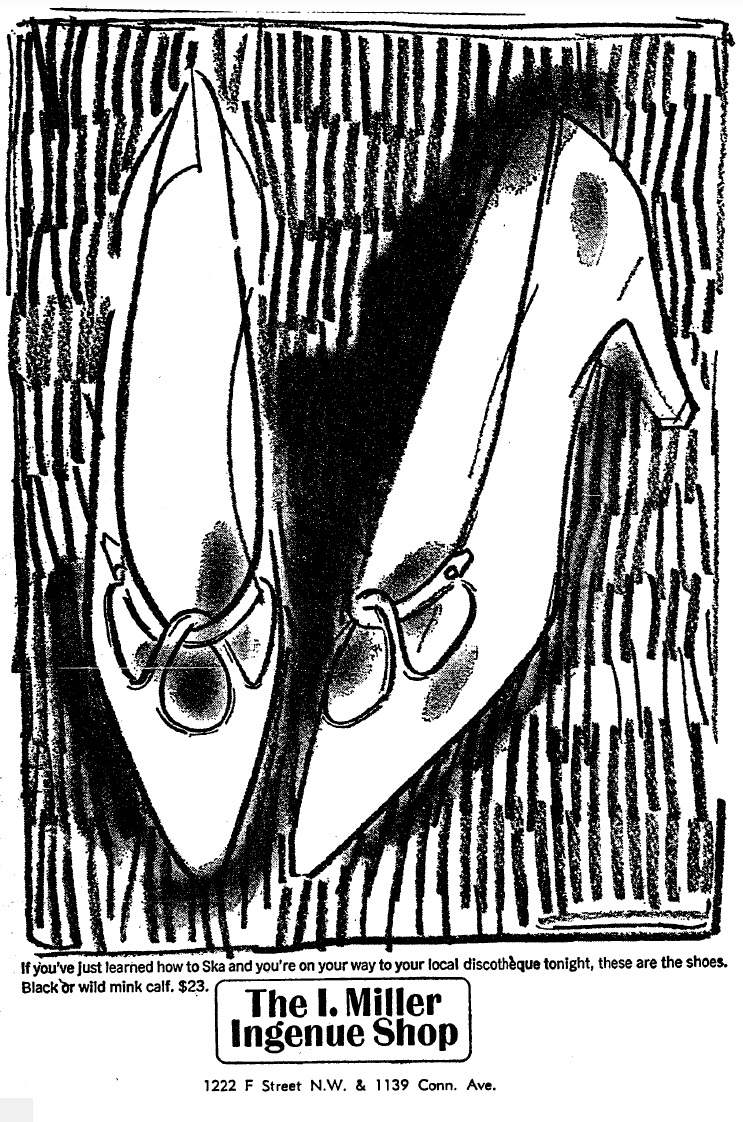 Found this advertisement in the October 4, 1964 Washington Post. It’s no wonder that fashion retailers were looking to capitalize on the ska trend in the United States since ska had recently made its debut at not only the World’s Fair in New York, but also at clubs in Manhattan like the Peppermint Lounge and Shepherd Club, and even on American Bandstand, according to Ronnie Nasralla.

A Daily Gleaner article on June 6, 1964 had reported that two representatives from the William Morris Agency had visited Kingston, invited by Edward Seaga, who was then Minister of Development and Welfare, along with an attorney “in charge of copyrighting Jamaican Ska Music,” and a fashion designer named “Mrs. Frankie Katz,” who was “looking for ideas for clothes to go with the Jamaican beat.” A September 1964 edition of Mademoiselle magazine featured some of these themed clothes in a six-page spread on ska that Ronnie Nasralla produced, which you can read about here.

So you see, ska and fashion have always gone hand in hand! From the sharp suits and darkers (sunglasses) of the rude boys that Desmond Dekker brought to the U.K. where it became part of 2Tone fashion and then made its way to the U.S. and the world, the black coat, white shoes, black hat, Cadillac have always been a part of ska!